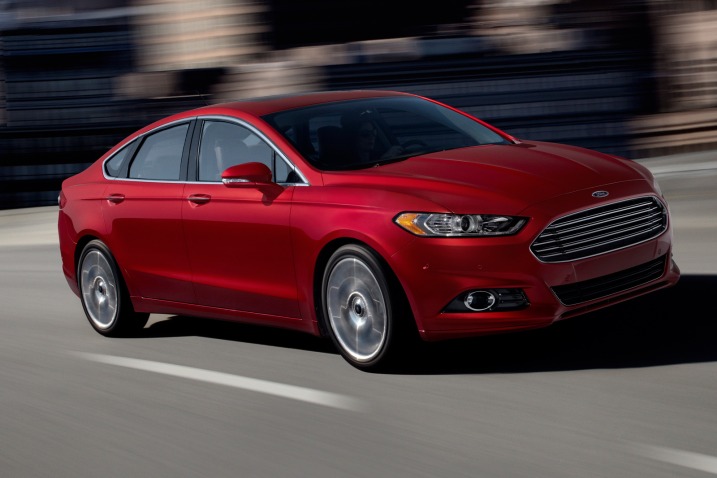 At long last, a midsize sedan has been unwrapped by Ford in its checkered quest for a sales leading global model that rivals Honda Accord and Toyota Camry in a midsize segment aimed at families the world over.

The Ford upgrade in the intermediate segment is not the latest rendition of the Number One car of 1992-97-the Taurus plus a 21st century upstart-the Ford Fusion.

Ford’s strategy in dethroning Japanese midsize sedans is questioned by most critics who recall the descent of Taurus and its unsuccessful transformation into the lackluster Five Hundred.

Despite the programs pushed by Ford’s newly-appointed COO, Mark Fields, Fusion and Taurus combined have failed to impress owners in styling and performance.

The New York Times reviewer, Larry Ulrich, relegated the newest Fusion to ‘rental car’ status in the November 4 edition, while judging as worthy rivals of the Fusion the Hyundai Sonata and Kia Optima.

What has Ford done to stamp the midsizers as enhanced performers and bearer of Aston-Martin style grilles and rear modules? It has added all-wheel drive to the Fusion while setting the stage for a car that can absorb all comers, including Taurus.

All of Field’s marbles will be deployed in building up the Fusion to championship rankings in global markets.

Ford is so enthused by the new Fusion that it is offering a hybrid-engine edition at $27,995, with a 6-speed AT and fuel ratings averaging 33 mpg for the new hybrid and 47 mpg for all of the above.

Seemingly belatedly in the review, Ulrich reels in the Nissan Altima and VW Passat as Fusion foes.

Remember, “Ford First” as a Ford target! The Fusion is now a serious competitor in the family-sedan segment.