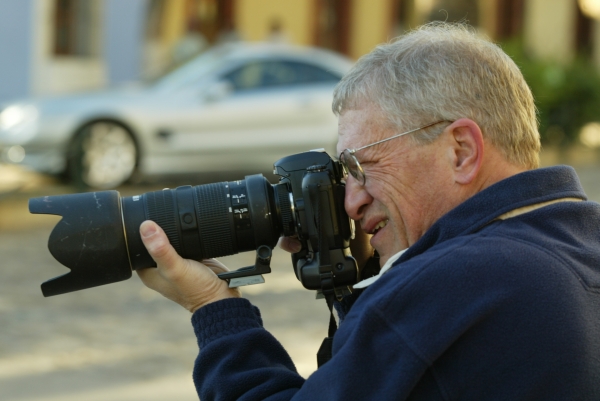 When Road & Track moved to the Midwest and left its California staff behind, there was little worry about what its outstanding free-lance photojournalist correspondent John Lamm would do next. His work has been his passport for three plus decades, earning him assignments and awards from around the world. Although, photography comes to mind first when his name is mentioned. John has won both a Ken Purdy and a Dean Batchelor award for his writing. Sure enough, immediately after his R&T contract expired John was named West Coast Online Editor for Car and Driver. How he got to the enviable position of being more sought after than searching for is lightly recounted in this month’s Autowriter’s Spotlight.

Call it a blessing or good luck, but there’s an advantage to figuring out what you want to do for a living when you’re too young to understand the consequences of that decision. For me, choosing to become an automotive journalist at 15 turned out to be a good idea, despite adults asking, “Okay, but when are you going to get a real job?”

I’d come to understand I had no desire to go into any occupation that would pay enough to buy a Ferrari, then read a piece by Bernard Cahier about going to Monza to test some Abarths and thought, “Gee, what a great way to drive cool cars.”

I’m still not ready get a real job…and just yesterday received an e-mail from a young man asking me how to get into our business. I can only relate my experiences.

First, of course, comes education, in my case a degree from the University of Wisconsin, an accomplishment I share with Peter Egan, Jim Crow and Ken Purdy (his dad wrote On Wisconsin). Must have been something in the cheese. Next, experience. Get out and do it. I was fumbling with cameras and typewriters from the start. Education helps here, but working at it, making the mistakes matters. I was also lucky to have worked with some very talented photographers like Bob D’Olivo and the late Fred Enke, who were wonderful about passing on advice.

Never stop learning. Obviously that applies to the automotive side of what we do…surface carburetors versus piezoelectric injectors? But also to the devices we use to get the story across, be it a laptop, a still digital camera or one of the GoPro video cameras stuck to every car at every press launch these days. Could Photoshop please create a GoPro filter that wipes those (literal) suckers off an image?

The mechanical side of what we do has become so easy. Laptops with automatic spellcheck and Wi-Fi. SD cards versus tape in camcorders. Going to Le Mans with a pair of 32GB CF cards versus hauling around 40 rolls of Ektachrome. I recall stressing over “pushing” that film’s speed to ISO (then called ASA) 400 at races. A few weeks ago I was shooting after dark at Daytona at ISO 51,200. Very cool. By the way, the world has changed so quickly Ektachrome isn’t in Word’s spellcheck. So it goes. Easy as it may be, you can still take a crappy photo with a $7,000 Canon EOS-1D X and write junk on MacBook Air. Not doing that is where the work part comes in…what makes what we do a real job.

It also helps that I’ve worked with so many terrific people, first at Motor Trend, then Road & Track and now Car and Driver. To answer the inevitable question from some of you, I wish Larry Webster and the new guys at Road & Track all the best. I spent too many years wearing R&T shirts to want otherwise. Then again, I’m delighted to be with Eddie Alterman, Erik Johnson and everyone at Car and Driver. Good people.

Ironically, when I came back from Vietnam, C and D was my first choice of where I wanted to work. David E. Brock and their great art director, Gene Butera, were my heroes. Then-editor Leon Mandel didn’t hire me, so I headed for California. Leon later became a friend and mentor and we laughed about that first meeting many times.

At that point, Leon was with Autoweek, which was my first gig when I was still at the UW, one of their Midwest shooters. And speaking of shooting, Autoweek almost got me killed in Vietnam…but that’s another story.

Harold Gunn in the Autowriters’ Spotlight

David Kiley in the Spotlight