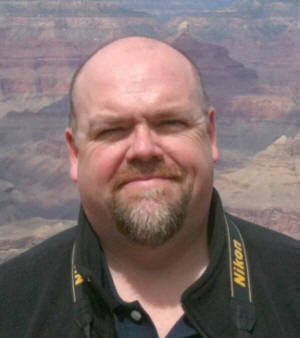 David Kiley has worked for USA Today, and BusinessWeek where he was auto editor and marketing editor. He has authored two books on the industry, both published by John Wiley and Sons. The first, Getting the Bugs Out, chronicling “the rise and fall and comeback of Volkswagen in America,” came out in 2001 and the second, Inside BMW, The Most Admired Car Company In The World, in 2004. His new post prompts this brief look at his thoughts about it and auto journalism in general

It saddened me a bit to read William Jeanes’ lament about the current state of auto industry journalism in the May issue. As the new editor-in-chief of AOL Autos, I can say that I have never been so charged up.

It is true that the glory days of the glossy buff books are probably numbered. I, of course, still love to thumb my issues of Automobile, Car & Driver, Motor Trend and Road & Track. But I know there is great pressure on those glossies due to more and more ad dollars going to digital media like AOL Autos, Yahoo! Autos, AutoBlog, etc.

My plan with AOL Autos is to make the research and shopping tool better as time and resources allow, and have a combination of news-you-can-use, industry news, reviews and even a little of what I call “reader popcorn.” It shouldn’t be all serious all the time.

In one week, we published a serious story about ethanol, which garnered over 1.5 million page views in an afternoon, a review of the Chrysler Town and Country minivan and a 60-second video of actress/activist Susan Sarandon taking about her cars. On that last one, we took a poke from auto industry blog Jalopnik about the silliness of Sarandon. But, like I said, I don’t want to be all serious all the time. We also had the opportunity to have Jodi Foster weigh in on the new Nissan-designed taxi for New York City. We figured she was a good source. “Hey, you talking to me?”  We couldn’t get DeNiro.

This summer, we plan on delivering some long form videos on the VW Beetle and 70th anniversary of Jeep. These videos will be different from almost anything else I have seen on news sites. I wouldn’t have had the opportunity to do the same kind of work when I was covering cars at USA Today or BusinessWeek.

The online platform allows so much freedom to rethink the content we are giving to our readers. I, frankly, got over the thrill of having everything printed on dead trees when I was at BusinessWeek. Stories could languish for weeks as editors changed their minds like we change our socks, or as ad pages dwindled, shrinking the size of the magazine. Some places just have too many editors–though that is less an issue than it used to be–each one, perhaps four or five in the chain, suggesting or ordering changes to justify their office and salary while adding little or nothing to the story.

Some lament the growth of blogs. Sure, it has let writers with less training into the journalism ranks. But there are blogs and there are blogs. A blog with a good editor or editors at the top, like we have with AutoBlog, is both entertaining and informative. And not every subject of interest requires 750-1500 words.

On the other hand, I recently got scolded by Jalopnik editor Ray Wert for writing too long about why I believe the taxpayer bailout of the auto industry was worth every penny. Some topics, I believe, deserve, longer form treatment and more explanation than a write up on Audi’s win at LeMans. The online platform allows for all that in ways that printing on dead trees, or conforming to a blog format, does not.

Besides being editor-in-chief of AOL Autos, I also take lead on writing many auto industry stories on HuffingtonPost.com. Having both platforms on which to write about the industry is a gift.

I agree with William Jeanes, who I respect and was sad to lose at AOL Autos, about the sorry state of compensation for writers at many outlets. I wrote my share of $15 and $25 blog posts over the last 18 months. And the quality of what an outlet gets for $15 is not going to be very good. Or, if it is good, the writer is not going to be very happy or motivated. I’m not a fan of that practice either.

The late great David E. Davis, quoted in Jeanes’ article, had very high standards. And we can’t always measure up to David E., though we can try. I am lucky enough to have some staff that David E. affected during his time at Winding Road. So, I feel like I have a piece of David E. Davis at our place.

As I go to work every day, I have a feeling of satisfaction and gratitude. Why gratitude? I have had a diverse career. At one time in my journalistic life I had to write about toothpaste and feminine hygiene products. I drank a lot then. I have also worked at three ad agencies on car accounts. Those jobs are great if you like being in meetings all day. I can remember more than one meeting to nowhere and to no purpose at GM where I wrote “Kill me now” a hundred times on my yellow pad.

Writing about the auto industry, a vital industry to the U.S. economy, beats hell out of writing about feminine hygiene products, though I do recognize that industry is crucial to women. And it’s a lot more fun than being stuck in a succession of 90 minute meetings about stuff that is probably never going to happen.

I have met some of the loveliest and smartest people in this business. David E. Davis, William Jeanes, and the late great Jerry Flint are among them. I find the people impacted by their work are, for the most part, some of the best people I know. I have had the opportunity to cover up close some of the most fascinating people in business – Bob Lutz, Lee Iacocca, Alan Mulally, Helmut Panke, Roger Penske – the list is long. Of course, I have also encountered some of the worst jackasses and miscreants, both as subjects and journalists, I’ll ever know. It’s a balance. And it keeps things interesting.

Covering this industry is a great ride. And I have a lot of miles yet to log.

Vogelheim Winner of Dean Batchelor Podcast of the Year