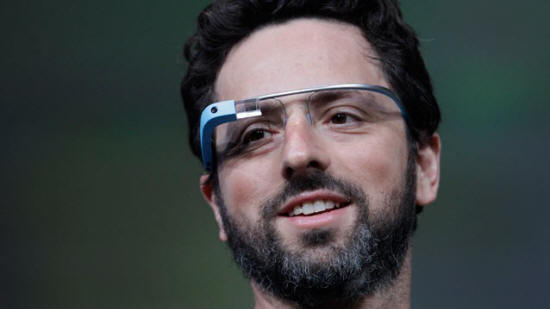 NetTalk, GoogleScript or another name for a new kind of writing skill is in the offing simply because advances in technology have made it necessary.

Alexis C. Madrigal, in his Atlantic piece “The World Is Not Enough: Google and the future of Augmented Reality,” predicts the coupling of Google Maps and Google Glass will call for pairing “the kind of local knowledge newspaper reporters used to accumulate, with the unerring sense of raw interestingness that the best short-form magazine writers, bloggers, tweeters, and finderyers (sic) cultivate.”

Instead of a mood-jarring canned recitation of facts, the new writing genre will augment what a person wearing Google Glasses is experiencing while walking down an unfamiliar street or touring a museum, department store or other location by providing a narrative more appealing to him or her. Video: Project Glass Demo

As USA Today’s Roger Yu reports, “digital cartographers view indoor space as an untapped but potentially lucrative field for delivering navigation, pushing out location-relevant information and promoting deals.” The ability to granulize audiences will mean covering the same material in different ways, depending upon who is listening.

The immense volume of data on the worldwide web (nearly 100 billion pages of data now and 5 billion new wireless devices connecting to the Internet predicted to be sold and generating more data in 2013 alone) requires new means, new shortcuts to organize, communicate and utilize what is available and pertinent to a particular audience.

Big Data’s increasingly sophisticated algorithms can do much of this but, as Evegen Morozov points out in his New York Times essay, “You Can’t Say That On The Internet,” censorship is implicit in algorithms and other kinds of internet technology because somebody, somewhere is deciding what values are culturally acceptable or befitting a brand’s image.

Yet, an answer to that may be in what an MIT professor and student have developed: an algorithm model structure that is determined by the data – not by humans – in advance. Boston.com cited an MIT press release as its source and offers an example of this new capability: predicting hours in advance when #Bieber will start trending on Twitter.

And even more likely to shape a new computer language is word from The Amsterdam Report that IBM predicts that within five years computers will touch, smell, hear, taste and see, each in their own special way. Also in the Report: a prediction that the human brain will be upload-able by the end of the century and will be key to our exploring the universe.

Road Ahead: Monetize The Web