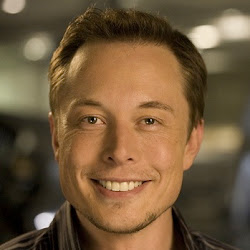 Two buff book magazines backed up a Musk’s Tesla showoff car with car-of-the-year awards in attempts to crown a car for its battery life as much as for its styling or interior.

Cosmopolitan magazine’s December issue handed the F. Scott Fitzgerald-like automaker an admiring profile, while downplaying the Tesla’s limited battery life and mileage range.
Musk’s personality cycles (bipolar at best) were included, but without an analysis of the Tesla’s flaws.

The upcoming Detroit show will gather the top global autowriters to report on the best and the worst characteristics of Musk, a descendant of the famous auto startup whizzes John DeLorean and Preston Tucker.

Of her effervescent son, his mother Justine says: “He rules through strength of will. What he has comes at a price, sometimes to Elon, sometimes to people close to him. But someone always pays.”

Elon’s explosive life reminds this writer of a DeLorean tale: When DeLorean’s company wrangled $1 million out of Northern Ireland’s government on a promise to locate a plant there, DeLorean demanded a check for $100,00 made out to him from his company treasurer, a former Chevrolet executive. “You can’t do that, John, without the board’s OK.”

“I run this company, and if you don’t like it, you can get out,” DeLorean replied. The ex-GM exec quit on the spot. The DeLorean carmaking venture folded within a year.

Elon Musk, who has cooked up ventures to send rockets to Mars, start up an aluminum company, and compete with Boeing, is is full of hot sauce and vinegar. Is that the road to automotive success?