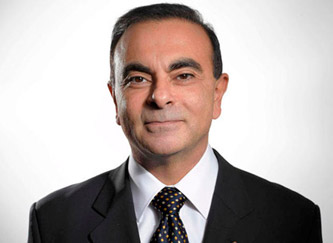 The decision to build all-electric Leaf subcompact cars at Nissan’s Smyrna, TN plant, starting January 10, should raise sales of the new base-model Leafs cars, whose suggested retail price will be dialed back from a highish $35K, (plus the $7,500 federal tax credit).

Would one-stop Leafs do better?

Undaunted by 2010 sales of only 9,819 Leafs in the U.S. last year, Ghosn now expects a sales surge with significant upgrades.

Ghosn has added a boost in battery range closer to 100 miles or 7-plus hours of drive time.

Ghosn is mindful of the decisions by competitors to enter the all-electric segment ASAP.

He could have added a small gas engine on the Leaf, but feels that a 100 percent electric powerplant would be more of a sales spur in North America.

But Ghosn would be even more competitive by fixing drivetimes and charge times on the TN-built Leafs. “One stop should cover all energy needs-gas and electric,” insists Ghosn.