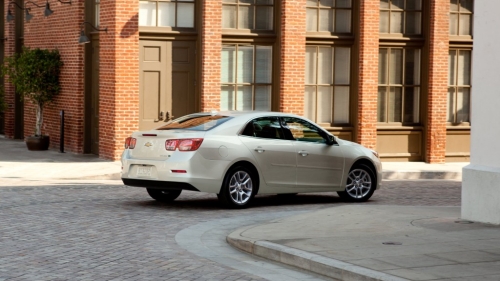 NEW YORK-One of the oldest auto shows is the perennial Easter Week extravaganza in Manhattan. As the great grandad of shows, and the newspaper and magazine center of the western world, New York presents a great stage for reveals of all-new editions of vehicles at the outset of the global spring market.

The bevy of super-sedans has grown in crowd and media appeal since the 2013-model Los Angeles show last November, where some 50 world premieres were staged, ranging from the 6-figure “supercars” to an assortment of newly-crafted small cars such as the Audi A3, Camaro Z28, Ford Fusion and Focus hybrids and Hyundai’s Accent and Kia Rio pair.

The NY show’s emphasis on cars for the super-rich as well as for economy types reflects social patterns of the the 2013-14 era.

As veteran dealer Dave Fischer, CEO of the Suburban Collection describes it, “we have to balance those demanding small cars with high miles per gallon against those preferring fullsize and midsize models with good performance and lower MPGs.

That the global market is so diversified is evident in viewer response at the Gotham show. Makers have been pressured by dealers to make midyear performance upgrades on such sedans as Chevrolet Malibu, Ford Fusion, Toyota Camry, Hyundai Sonata, Kia Optima and even VW Passat.

The Malibu paved the way for the midsize segment, receiving a front grille redo plus sticker-priced cuts of $300 to $750 as a Chevrolet market stimulator.

As a spur for midyear sales, Chevrolet has not only begun production this spring on 2014 Impalas but also made upgrades in interiors and exteriors usually delayed until fall.

The tweaking and retweaking of onetime No, 1 Chevy models recalls the era when songstress Diana Shore buoyed sales with “See the USA in a Chevrolet!” The current “Find Deep Roads” ad campaign is a throwback to that golden age for Chevrolet and GM, easily outselling Ford, matching Mustang with Camaro, winning NASCAR races and gaining the prized youth and pickup market.

The rub is that Chevrolet and GM once again are challenging for across-the-board leadership with dealer bodies waiting eagerly to challenge Ford and Toyota and “refresh and replace” all brands in the model years up to 2016.

Though “Ford First” is ancient history, “Chevy First” is not impossible, analysts agree. But Volkswagen would be content with “VW Best.” A shootout is looming! ~ Mac Gordon