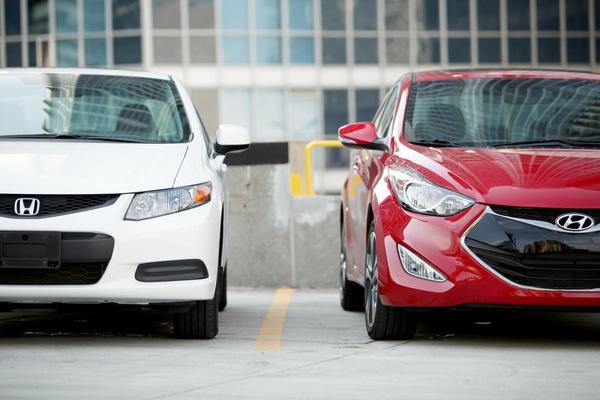 DETROIT-In a repeat of the harsh feelings that marched Hyundai’s successful entry into the global market, an American Honda executive vice-president issued a pointed attack on Hyundai’s overstatement of its MPG averages in his NAIAS press conference.

John Mendel, the Honda V-P, speaking at the Automotive News World Congress, decried Hyundai and its sister brand Kia, for selling approximately 900,000 2011-13 vehicles with MPG ratings far below the 54.5 MPG mark established by the EPA.

Mendel said the fine imposed on Hyundai, which sent owners credit cards for free gasoline,\up to 1,000 miles of vehicle operation, “creates pressure on all of us that betrays the trust of our customers. Something like this affects public trust in all of us.”

Hyundai Motor America’s president, John Krafcik, had irked automakers at the Chicago auto show in 2009 by charging that “automakers needed to improve their images on fuel economy, safety and customer treatment.”

Honda’s antipathy towards Hyundai originated when Hyundai’s first logo used an “H” resembling the Honda logo. A Federal court lawsuit was filed by Honda, but the case was settled out of court. The “Hs” still look alike, however.

Honda also has frowned on its dealers dualling with Hyundai, demanding a separate store and dedicated salespersons and service departments.

A number of state franchise laws forbid automakers from penalizing dealers who take on competitive brands.

Chevrolet and Ford historically have forbidden their dealers from selling the other marque in the parent’s building.

Hyundai and Kia have also prodded their dealers to sell the Korean-built cars in stand-alone facilities. Hyundai/Kia has two assembly plants in the southern U.S. and reportedly is contemplating another, but is far behind Honda’s twelve in North America.