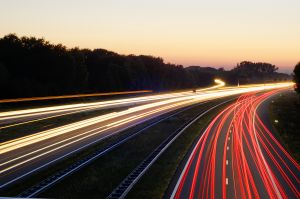 “Getting Your Ass Kicked By A Really Nice Guy,” penned by David Koretz for MediaPost, uses http://www.craigslist.org versus www.AutoTrader.com  as a cautionary about what happens to a company when a guy who thinks completely differently comes along. Koretz says it should “scare the hell” out of publishers when “intrepid entrepreneurs figure out how to displace their business. And that fear is the only thing that will give them a shot at survival.”

For those who get queries about “How To Become an Automotive Journalist,” refer them to a piece posted under that title in Edmunds’ Insideline.com written by John Pearley Huffman, a year ago. (AWcom has been saving it in case the question came our way again.) It is a thoughtful and helpful answer to the question. While freelancer Huffman interviewed current buff book editors on the topic (not a bad way to strengthen his relationships), the points made reflect Huffman’s own hard-earned lessons as he made his way from a wannabe living at home to a strengthening foothold in the community of auto writers.

PR Week, Media Week and Brand Republic in England are going behind partial paywalls similar to that at the NY Times. Danny Rogers, group editor for publisher Haymarket says, “the move will allow us to invest in journalism.” . . . Mountain Democrat auto columnist and attorney in Placerville, Calif. Larry Weitzman has been sentenced to federal prison for his roles in laundering nearly $3 million of drug money, the paper reported.

Passing Scene: Is Giving It Away A Bad Thing?