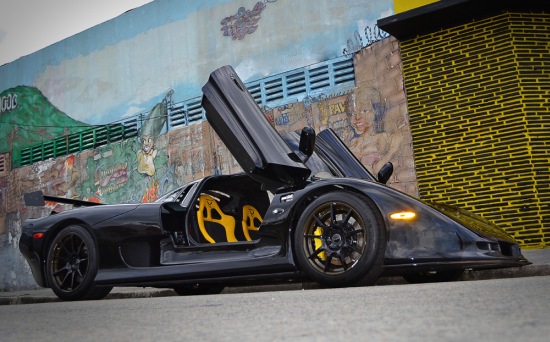 A land-air hybrid vehicle described in a Scientific American piece passed on by Silvio Calabi may someday make commutes faster and easier – if not cheaper at a current price of $300,000. The article by Gary Stix and accompanying video of the auto gyro evoked mostly negative responses from readers.

Previously announced and recently shown driving on roads and navigating in water is the Quadski, billed as “The world’s first high-speed sports amphibian.” Company founder Alan Gibbs, said, “The Quadski is capable of reaching speeds of 45 mph on both land and water and transitions between both in five seconds or less.” For more information go to the Auburn Hills, Mich. company’s web site: www.gibbssports.com/quadski. The very rich are different from you and me,” one of F. Scott Fitzgerlad’s characters said in The Rich Boy.* How different is apparent when a “Suicide 1212” package raises the purported speed of the Mosler Raptorgtr (the first of the only one) to 263/mph. Its horsepower to weight ratio is 927hp/ton, 0 to 60 is 2.2 seconds. The cost? Not even mentioned (“if you have to ask you can’t afford it”) but the web site includes a “billionaire’s row.” Due to Mosler ending production, this will be the only Raptorgtr that will ever be built, according to James Todd Wagner, owner of Supercar Engineering, who has agreed upon terms with Warren Mosler for a buyout of Mosler automotive under a new brand. Back in the world of affordable, a new self-installed device, GasPods, promises to save money at the pump, extend your car’s range and reduce its carbon footprint. GasPods retail for between $59 and $125, They are exclusively made in the U.S.A. and distributed globally by AeroHance, Inc., 715 Kimball Ave., Santa Barbara, CA 93103, Check GetPodded.com or GasPods.com.

* Special thanks to Thane Peterson for the background on this quote.

Subscriptions On The Rise For Some Publishers