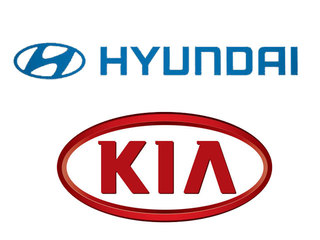 e of over-hyping was uncovered by the federal agency on several of the most popular Hyundai and Kia models, such as the Elantra and Rio. An estimated 900,000 vehicles sold in the U.S. were said to have been involved in the transgression.

EPA statisticians said that the Hyundai Motor Group will be asked to send owners debit cards reimbursing them for amounts of gasoline purchased above the true prices of gasoline in the period when errors took place on MPG scores.

Hyundai and Kia U.S. CEOs sought to redeem their economy images in full-page spreads in publications like the New York Times and Wall Street Journal.

EPA jumped into the situation after Hyundai and Kia claimed that at least four of their vehicles could average 40 miles per gallon in highway driving.

Owner complaints to the agency and to dealers proliferated as sales of the Korean-built cars kept growing in 2010 and 2011.

Agency officials said that only two times before had an automaker been required to relabel stickers for a fuel economy flaw.

The latest incident is the first in which an automaker had to do so with multiple models.
Hyundai and Kia share platforms and powerplants, but maintain different ad agencies, models and dealers.

The MPG error is a black eye for an automaker which constantly seeks to outdo the industry in compliance with economy, safety and design regulations.

Loyalty be damned! A sob for Saab