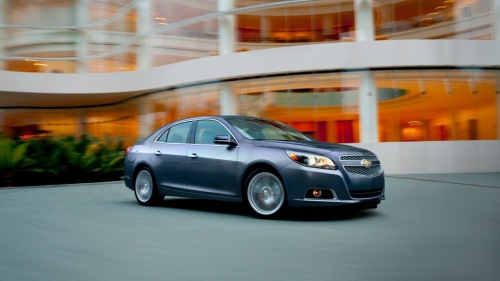 DETROIT-Detroit and Ontario autowriters stole a gold medal away from rivals at the North American International Auto Show (NAIAS) by awarding a top honor to decibels, making the 2013 Malibu a top contender and GM’s ‘quietest car ever.’

Recognizing the importance of sound as a category in new-car construction, the jury gave the aero-styled Malibu sedan points topping those of previous winners such as Hyundai Elantra (2012), Honda Accord and Chevy Volt.

In fact, German and Japanese brands have surpassed Malibu in handling through most recent years, said the Times.

Audi A4, VW Passat, Accord and Nissan Altima-to name a solid few, steer better and ride smoother in the opinion of NAIAS testers.