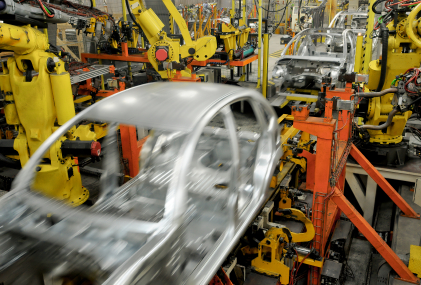 1. Night Vision and Circular Vision-Day and Night-big safety steps will avert many crashes.

3. Mandatory Seatbelt Wear (which the Chinese disdain due to links to Mao Tse Tung’s dictatorial regime-(As a result, China has the world’s worst highway fatality rate!

4. Surge on MPG ratings, with engines tweaked on 4-cyl vehicles and dieselization expanded across U.S. along with turbo and ECO engines.

5. Styling note: Rear-end spoilers to be expanded on Impala, Focus and Dodge Dart and all copycats-BMW 3-series, all VW cars, even Cadillacs!

7. Nissan Finance, Toyota Finance, VW Finance, HondaCredit battle to regain, and step up penetrations of certified preowned and even new-vehicle totals from their rivals.

9. In recent years, domestic automakers in North America and South America have resumed their “Loyalty” pitches in campaigns reminiscent of the 1930s.

10. “The meaning of “loyalty” has remained unchanged and we are not about to reward defecting owners as we used to do,” says GM CEO Dan Akerson. “There are too many rewards available to loyal owners to let competitors in the door of an extended purchase- or even an all-new vehicle campaign. Leasing will rebound as a new car refinancing magnet, amid a financing war. The financed-vehicle market is up for grabs!

11. The accessories department will escalate rapidly in the decade just getting underway. Here’s a rundown of available Impala accessories: What is increasingly crucial on current Impala models is the availability of safety systems as factory-installed accessories at point of purchase-starting with lane signal warnings and crash avoidance monitors. (Note: NHTSA plans regulation requiring vehicle stability in rollovers).

Hydrogen Cells Get Boost From Toyota