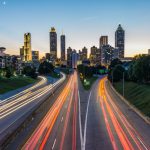 Just when a new survey suggests that more than half of U.S. consumers would be interested in cars built by Apple or Google, the two tech giants are reportedly turning away from manufacturing tomorrow’s high-tech cars.

The survey was conducted by TECHnalysis Research. Company president, Bob O’Donnell said, “Given what a huge jump it is from smartphones and tablets to cars, I was very surprised to see the level of consideration that consumers said they would give to big tech brands like Google and Apple.” O’Donnell continued, “It appears traditional car vendors really do need to be concerned about the potential impact that these companies could have on the automotive industry.” But not necessarily in the way implied, at least in Apple’s case. The company has reportedly closed or re-directed its car project with money the main reason although it has billions to invest. Apple has become the world’s leading brand by creating aesthetically pleasing packages of technology to provide solutions to needs consumers often didn’t know they had. However, it would take a few of its billions for Apple to create the factories, infrastructure, distribution and acceptance for a car appreciably unlike any other in looks and features. And, if they accomplished that, the return on their investment would most probably parallel the historically low profit margins of existing car companies.

Better to work with a McClaren (a prospect that company denies) to develop creative use of cutting technology for a brand already known worldwide for its aesthetic packaging of enviable performance. Or, develop a technology package that multiple car manufactures would rather buy than try to compete with Silicon Valley. This also appears more prudent, given the certain disruption of how we currently pay for the means we use to move goods, services and ourselves from point-to-point.

Tesla seems to be proving the wisdom of Apple’s move. Its golden promise of a new age of auto transportation has been tarnished by repeated production shortfalls, its mishandling of fatal crashes, its panicky publicity ploys, questionable corporate moves and repeated returns to the money markets. As retired GM, Chrysler, BMW honcho and current auto media go-to guru Bob Lutz was quoted in Automotive News, “Tesla burns cash. It’s not a car company. It’s a cult of fanatics who think Elon Musk can do no wrong. But financially, it doesn’t work.”

Drones, Robocars and Robots A Race To What?