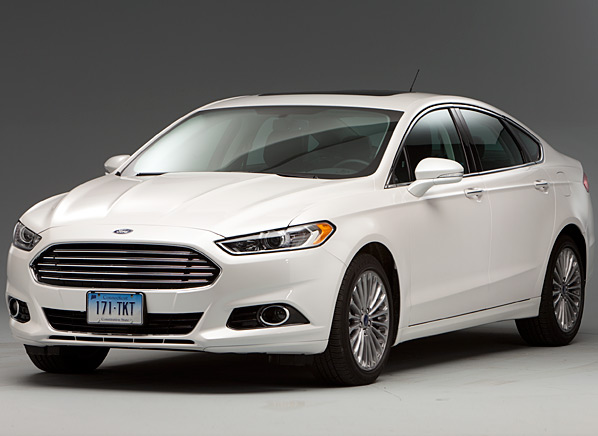 YONKERS, NY- Ford and GM claims of turbocharger economy results have been torpedoed by the testers of the Yonkers-based and highly influential Consumers Reports magazine.

2013-model Ford Fusion and Chevrolet Cruze sedans “flunked” when the magazine found that turbos did not improve fuel economy markedly and often lead to slower-running engines.

The CR report used the test standards of the U.S. Environmental Protection Agency in reaching its negative conclusions about turbocharged engines.

Jake Fisher, director of auto testing for CR, wrote, “while these engines may look better with impressive EPA numbers, they are often slower and less fuel efficient than larger four-cylinder and six-cylinder engines.”

Cruze results came with a 1.4-liter engine and drew much discussion at the unveiling of a Cruze diesel engine car at the Chicago Auto Show in early February.

On display at the Chicago and Detroit shows were diesel and ‘supercharged’ direct-injection Cruzes and hybrid Fusions and C-Maxes.

The emphasis on fuel-saving economy engines reflects the industry’s response to EPA’s findings of overstated mileage results by Hyundai, Kia, Chevrolet and Ford. Hyundai and Kia paid stiff fines and apologized for the miscue.

Lest the adverse turbo ads backfire in view of EPA’s and CR’s findings, automakers reportedly are planning to use “supercharged” as a descriptive in future performance ads. “Supercharged” connotes engines with more power than those with actual turbocharger devices.